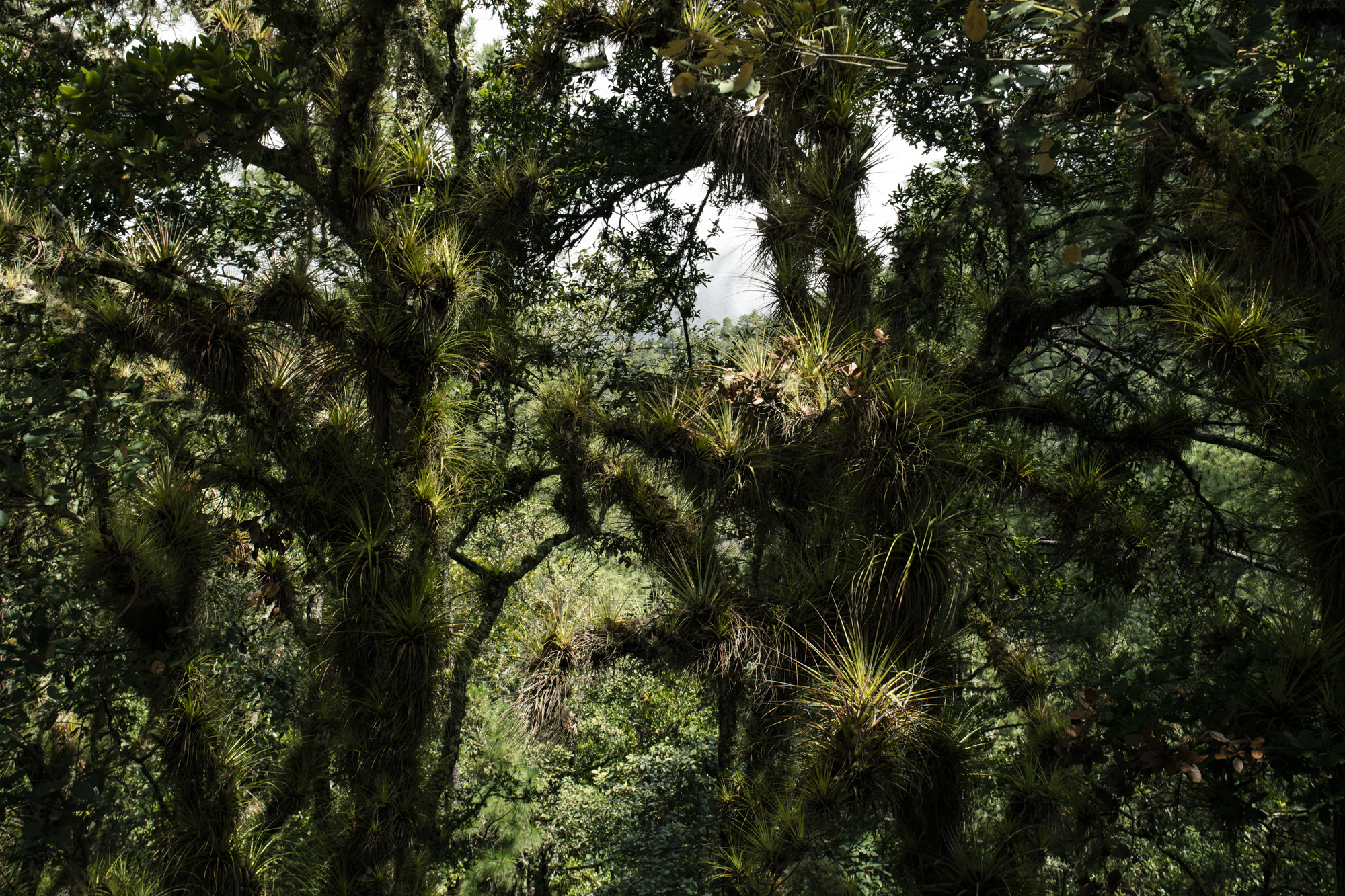 Who is responsible for the climate crisis?

One of the oldest climate change questions is: how did we get here and who’s responsible for it?

The climate crisis is caused mainly by the emission of greenhouse gases (GHG). The most common GHG is carbon dioxyde (CO2). CO2 is produced when we burn stuff. The reason is simple: things that burn tend to have carbon (C), and for them to burn they need Oxygen (O2). C + O2 = CO2. See? Simple.

Today, China is by far the country that emits the most CO2: it’s responsible for 27% of daily global emissions. Other heavyweights are the USA, the European Union and Russia. See for yourself on the chart below: 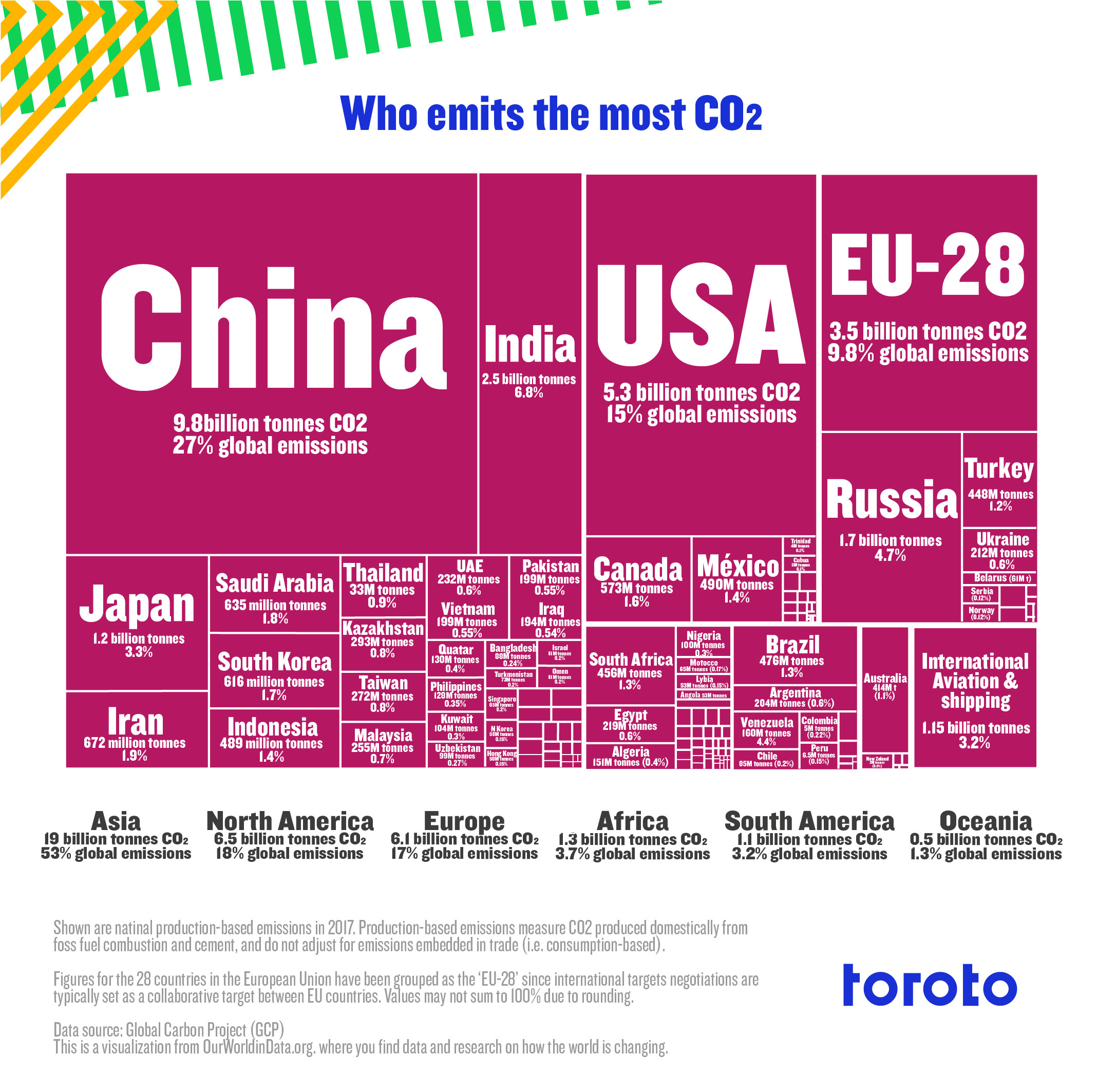 Another interesting fact is that because international aviation belongs to no country, it counts as its own jurisdiction at the bottom-right corner of the graph. If it was a country, it would pollute twice as much as Canada. Let that sink in.

So the graph above shows that China is the number one responsible for the current climate crisis, right? Wrong. A proud Chinese looking at these numbers would rightly suggest that we take a look at two things:

1. Historic CO2 emissions. China has been polluting for less time than the European Union or the USA, for example.

2. Emissions per capita. China might be responsible for a lot of emissions, but they also have a lot of people! It has almost 40 times the population of Canada.

Let’s look at the data! 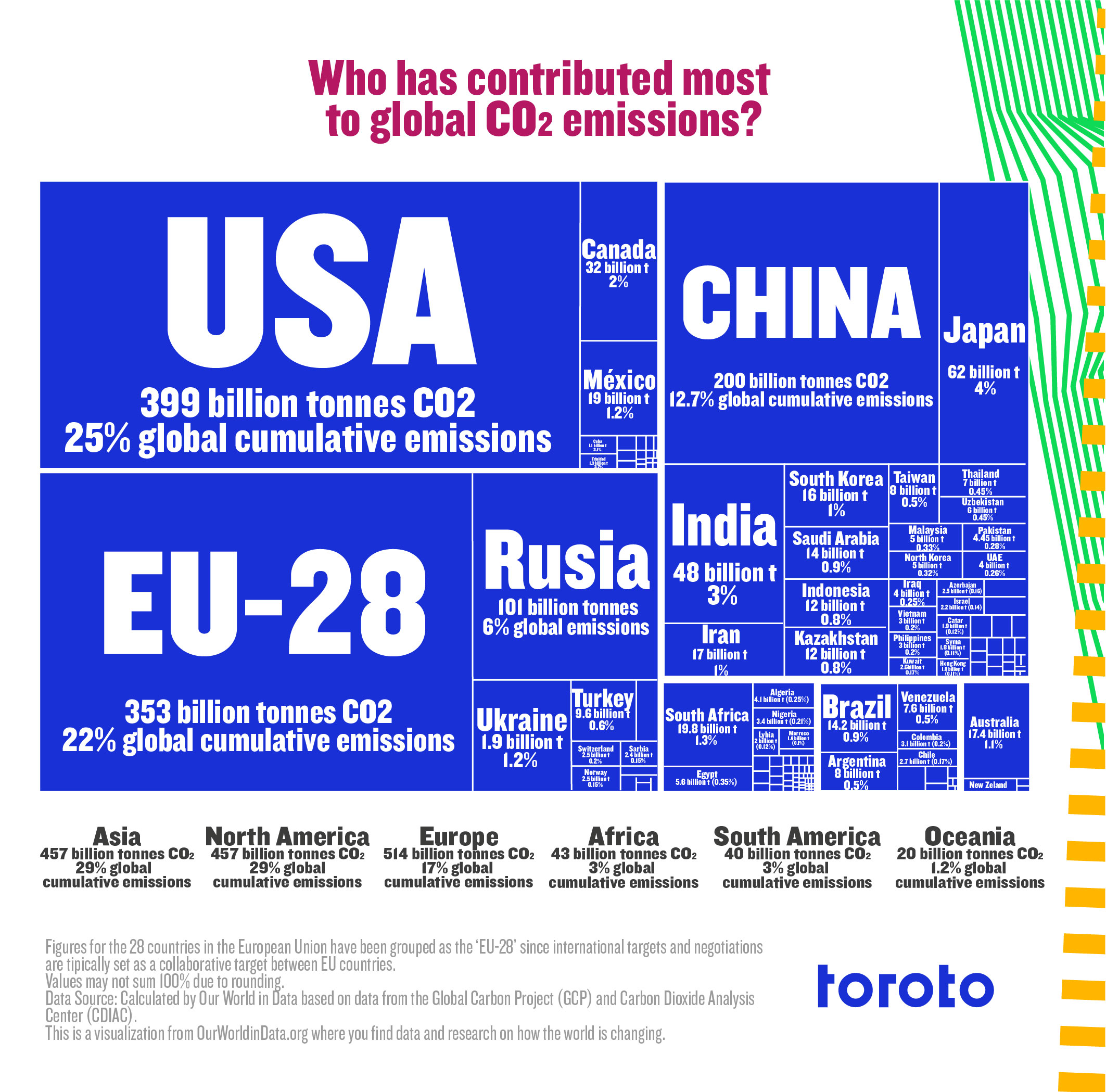 As you can see, a very different picture is painted. The USA and the European Union are collectively responsible for almost half of all GHG emissions. Developing countries such as India and China are sure to use this argument whenever they are pressed to lower their emissions.

There is a valid point: Western economies were not limited by climate change when they developed, and so it is unfair for Eastern economies to be held to stricter standards. 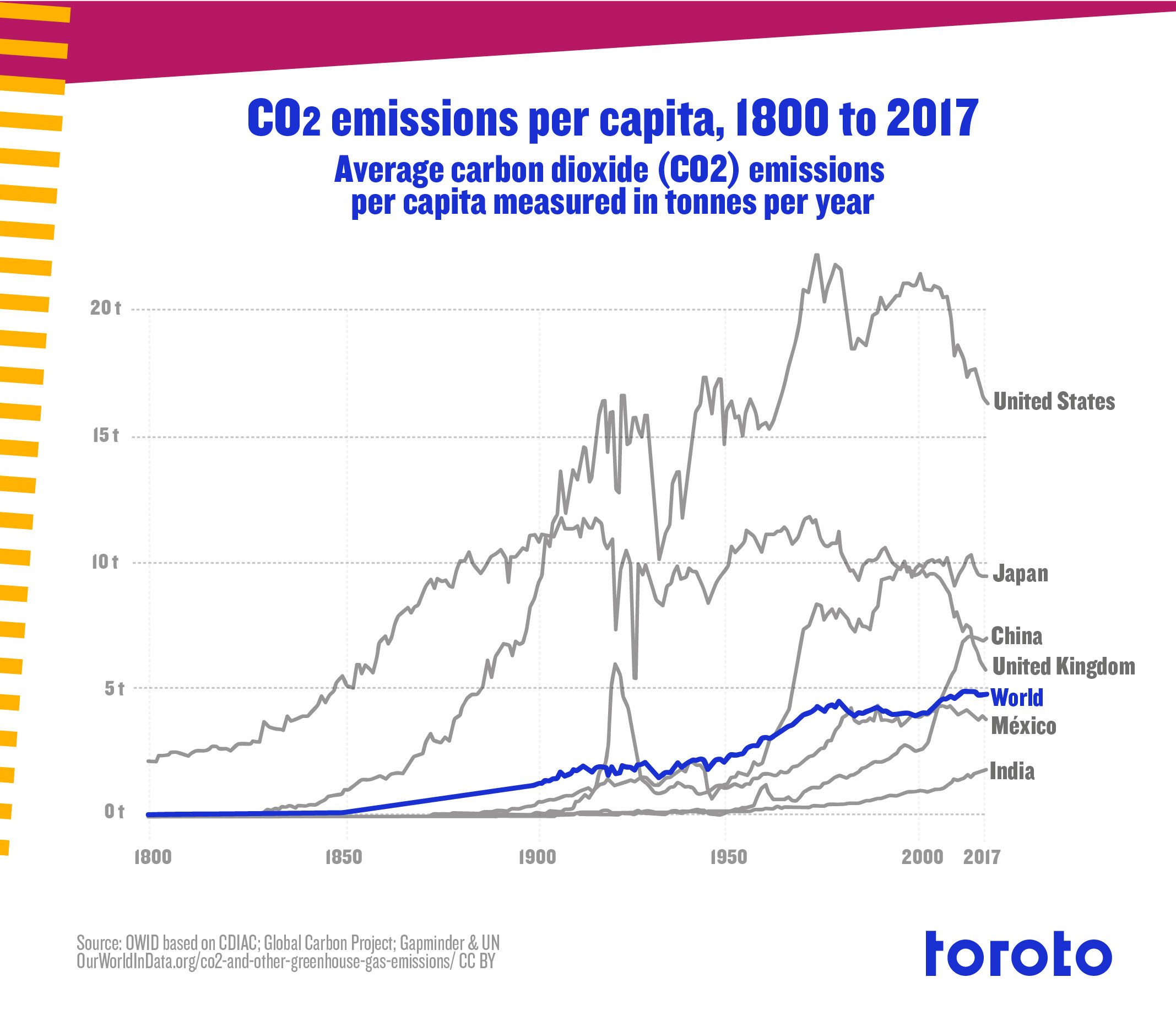 This above is the chart China and India want you to see. Because their populations are huge, the emissions per citizen are not as bad when compared to countries like the US or Japan. The world average sits at around 5 tonnes of CO2 per person per year. The United States triples that number.

- China is the country with the largest carbon footprint today

- Per capita emissions are important

So what does this all mean? Does it mean that the US and the European Union are responsible for our current crisis? Not quite.

Most environmentalist publications would stop here and just blame rich countries for our problems. I won’t defend rich countries; it is true that most of them have done a pretty bad job when it comes to being basically decent, but blaming them for the current climate crisis is shortsighted and takes us nowhere.

If we account for exported vs imported emissions, we get the following data: 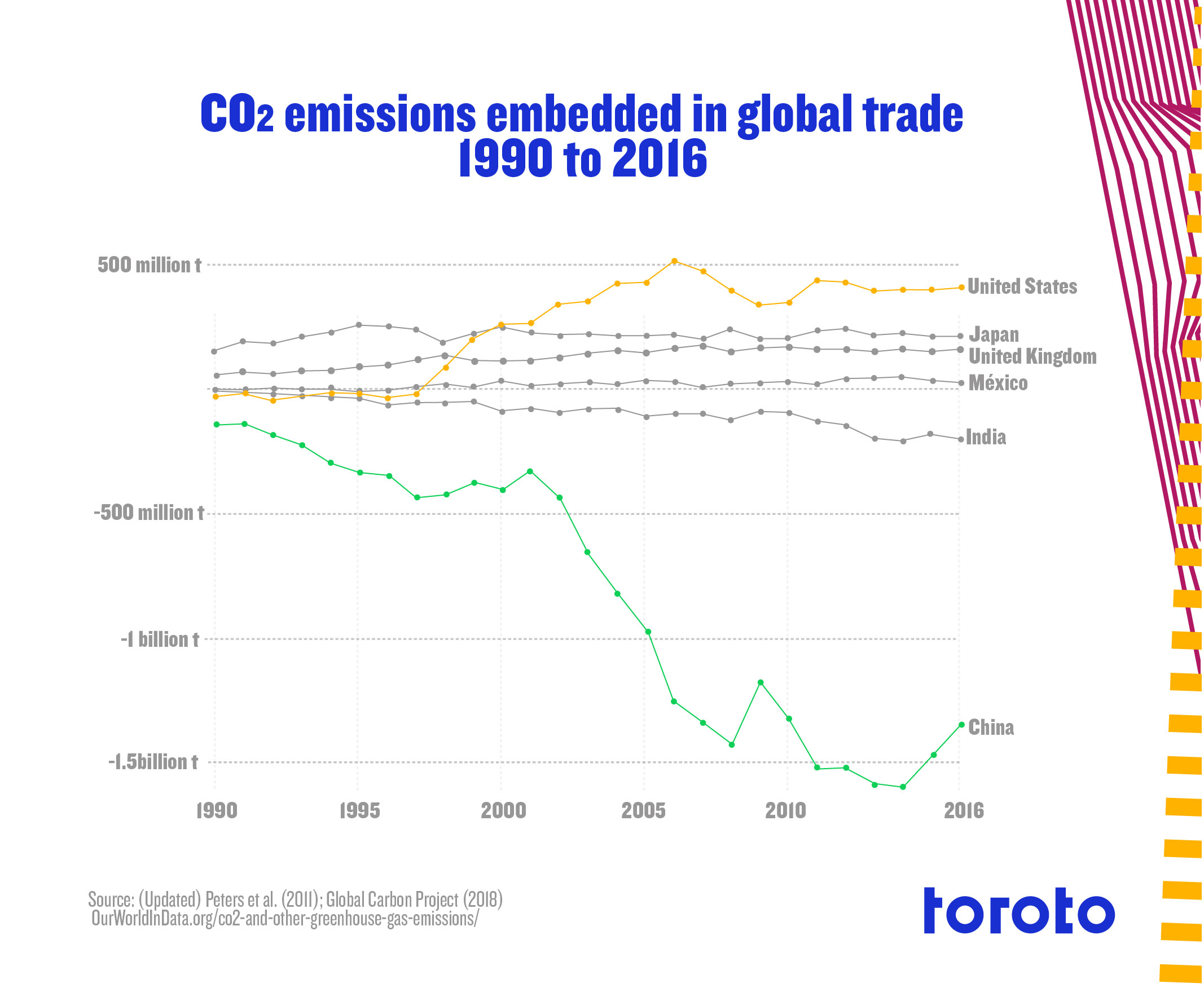 Still, throughout this post we’ve been looking at data from a country-wide perspective and although it’s been interesting and I have been really happy to share this space with you, we are no closer to determining who is responsible for our current climate situation.

The reason country-wide data is useless is mainly because countries around the world have another major problem: inequality.

Differences in income within a single country are huge, which means that while one person in rural México can have a carbon footprint of 2 tonnes of CO2 per year, people in Mexico City’s affluent neighborhoods can have carbon footprints of up to 20 tonnes. Ten times more.

The exact same thing happens in China, the US, the European Union, and any other country. What do we see when we look at CO2 emissions per income group? Finally, some answers: 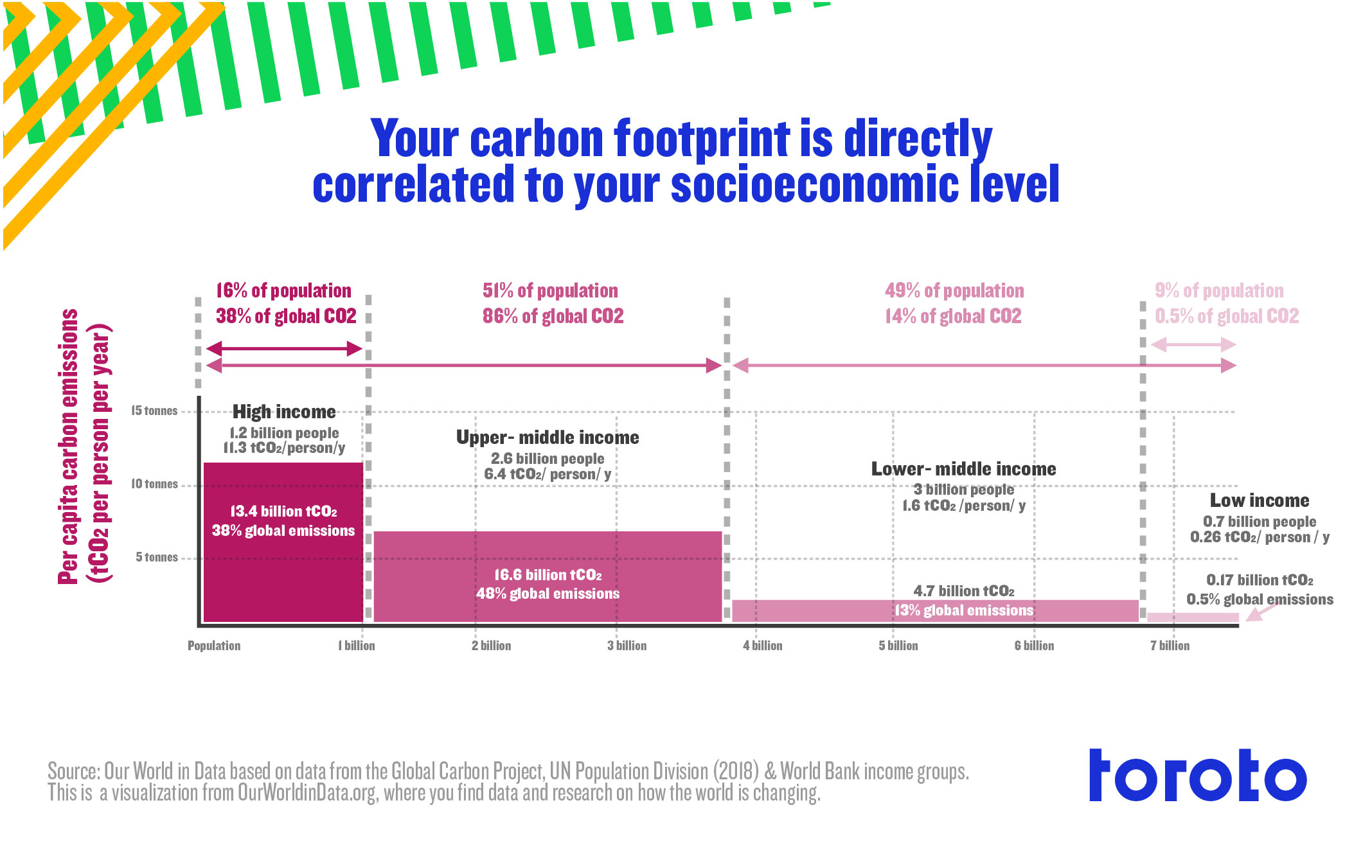 What we see is that the higher the income, the larger the carbon footprint. This happens all over the world, and it actually makes a lot of sense. The reason is simple: it is impossible to spend money without polluting, and it’s damn hard to pollute without spending money.

So logic would suggest that the more money you spend, the larger your carbon footprint.

And there you have it. I lied a little bit when I told you the reason behind this is simple. It can also be complex. When we buy something that was made using natural resources, we are paying for those resources and the labor associated with fabrication, but we are not paying for environmental degradation. The more we buy stuff, the more environmental degradation adds up to our shopping list.